Located along the beautiful Golden Isles of Georgia, Jekyll Island Club Resort was once the home of the “Millionaire’s Club”, a vacation destination for America’s wealthiest families, representing approximately one-sixth of the world’s wealth and including household names such as Rockefeller, Morgan, Vanderbilt, Astor, Gould, Pulitzer and their friends and colleagues.

Now part of Jekyll Island State Park, which celebrates its 75th anniversary this year, the entire island exudes Lowcountry sophistication the moment you cross the causeway, as lush palm trees, century-old live oaks draped in moss and windswept dunes rise along the horizon.

Sophisticated historic lodgings that housed the rich and famous can be found at San Souci (French for “carefree”), built in 1896 for some of the club’s founding members, including JP Morgan. Considered America’s first known condominium, it originally consisted of six 3,500 square foot private apartments, but now houses 24 modern rooms. Two of the original “chalets” built as luxurious private residences are also available for overnight stays. The resort also has a modern 40-room beachfront option at the Jekyll Ocean Club.

Guests can enjoy many of the same activities as original club members, including croquet on the lawn, biking along tabby oyster trails, golfing on one of four courses, playing tennis on one of 13 clay courts and swim in the ocean, a short distance.

Additionally, the resort offers historic trolley and horseback tours, tours of the nearby Georgia Sea Turtle Center, dolphin tours, charter fishing, and shopping at the stores of Pier Road, which once served as lodgings for the club employees.

Dining at the Jekyll Island Club continues the millionaire tradition, beginning with the Grand Dining Room where breakfast, Sunday brunch and holiday specials are served in a historic ambience furnished with a fireplace, tall columns and black-and-white photos of the Club of yesteryear. Casual lunches are served at The Pantry, while dinner is served at The Wharf, where vintage guests arrived by boat, and The Eighty Ocean Kitchen and Bar at the Jekyll Ocean Club, which offers a contemporary dining experience that would be the pride of of any millionaire. .

The Greyfield Inn Library is the perfect place to curl up with a good book. Courtesy of Peter Frank Edwards. 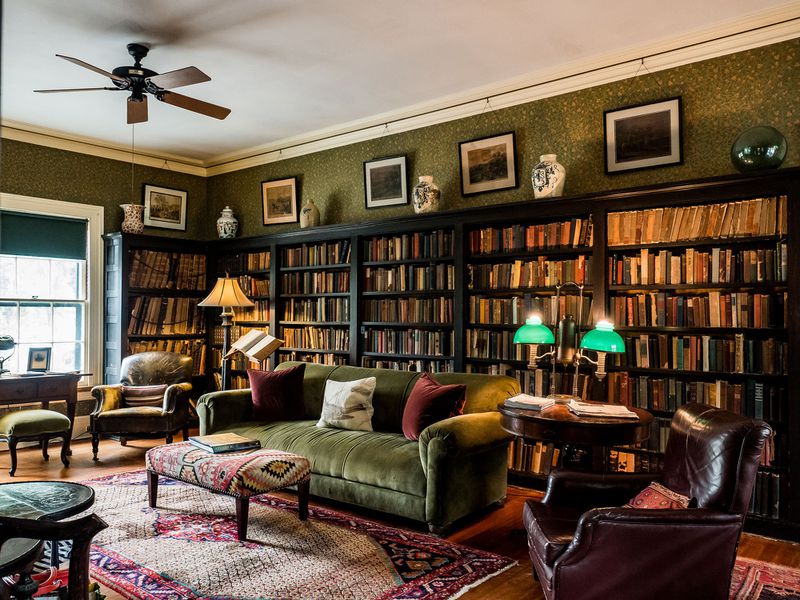 The Greyfield Inn Library is the perfect place to curl up with a good book. Courtesy of Peter Frank Edwards.

The largest and southernmost of Georgia’s sea islands, Cumberland Island is one of the most pristine and natural of all the Golden Isles. Accessible only by ferry, the 18-mile-long island of salt marshes and tidal creeks includes Cumberland Island National Park, a protected wilderness thick with century-old live oak trees draped in Spanish moss and dwarf palms, as well as herds of wild horses and the Greyfield Inn Golden Age Sanctuary.

Built in 1900 by Thomas Carnegie (brother of steel magnate Andrew Carnegie) and his wife Lucy as a gift for their daughter, Margaret, Greyfield Inn was opened as a hostel by Margaret’s daughter, Lucy Ferguson and her family in 1962. It remains the only commercial establishment on the island. Still run by the fifth and sixth generations of the Carnegie family, the 14-room inn exudes the same romance and character as when it was a family home where Golden Age guests were entertained.

Outside, a welcoming porch welcomes guests with rocking chairs and swings. Inside, a large, warm lounge, an honor bar, a library filled with floor-to-ceiling antique books, a lavishly appointed dining room, and the inn’s unique rooms are furnished with original heirlooms, antiques and family photos, making visitors feel like guests. of millionaire acquaintances. The bathrooms feature original clawfoot tubs and marble sinks, while the kitchen sports the original stove.

The day begins with a full breakfast served each morning, and a picnic lunch is provided for eating on the porch or patio or during an island excursion. In the evening, a single seat is reserved for a formal three-course dinner, much of which is prepared with ingredients sourced from Greyfield’s 1.5-acre garden. Guests are asked to wear appropriate evening attire (men’s jackets and women’s casual dresses), making the evening a celebratory affair, followed by a nightcap on the porch or by the fire pit under the stars.

Days are filled with the same way the Carnegies and their guests spent their time: swimming and sunbathing on deserted beaches, walking, biking, and visiting historic relics on the island, including the ruins of the house of origin of the Carnegies, Dungeness. Modern day guests can kayak and take an excursion with the resident naturalist and historian. 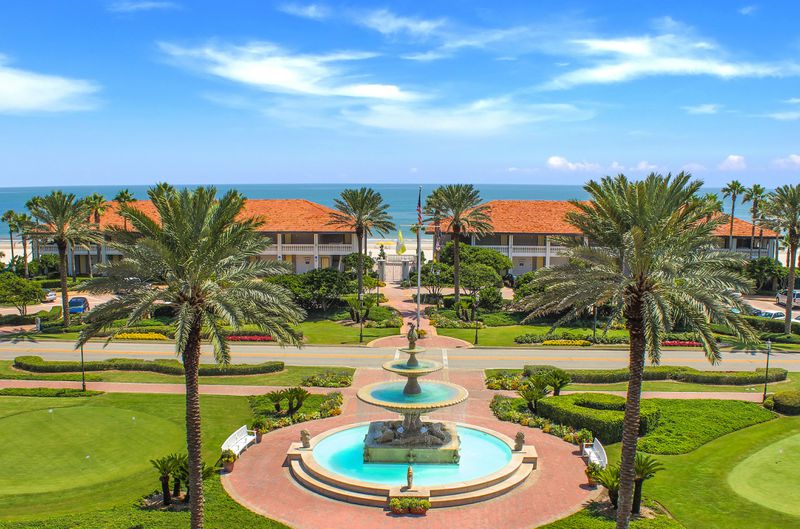 At the turn of the 20th century, Ponte Vedra on Florida’s northeast coast was little more than an uninhabited expanse of sand dunes, swamps, and saw palmettos. In 1912, it was discovered that the dunes were rich in valuable minerals which helped in the production of steel. By the end of World War I, ore requirements dwindled and the National Lead Company turned the seaside property into a playground for the country’s socialites. The Ponte Vedra Club opened in 1928 to much fanfare among Florida’s Who’s Who.

As word spread, well-heeled and wealthy northern movers came to the resort with their families and guests for sun, sand, surf, sports and socializing. Today, those traditions continue at the luxury 300-acre beachfront resort of Ponte Vedra Inn & Club.

The elegance of a bygone era begins when guests arrive for check-in, located in the historic Inn, part of the original 1937 clubhouse. The reception area is understated coastal elegance, with the large living room nearby offering two fireplaces, vaulted ceilings and furnishings that exude the lifestyles of the rich and famous. Just off the living room is the inn’s original dining room with high ceilings, beautiful wooden beams and a full breakfast each morning.

Other amenities of the historic inn include a small history museum filled with photos of the inn’s early days, the tavern, The Gourmet Shop cafe serving coffee, pastries, sandwiches, salads and wines, as well than several shops.

Among the amenities the upper crust might have enjoyed at the time are golf, tennis, croquet, and several swimming pools. Modern facilities include a 30,000 square foot spa and beachfront fitness center.

But the real calling card of Ponte Vedra is the exquisite accommodation. With island or lagoon views from Historic Inn rooms or oceanfront rooms and suites just steps from the beach (many recently renovated), guests will feel pampered and spoiled, just like the rich ancestors who preceded them.

Cori Arnold Will You Be Rich or Poor Wealth Building Tips